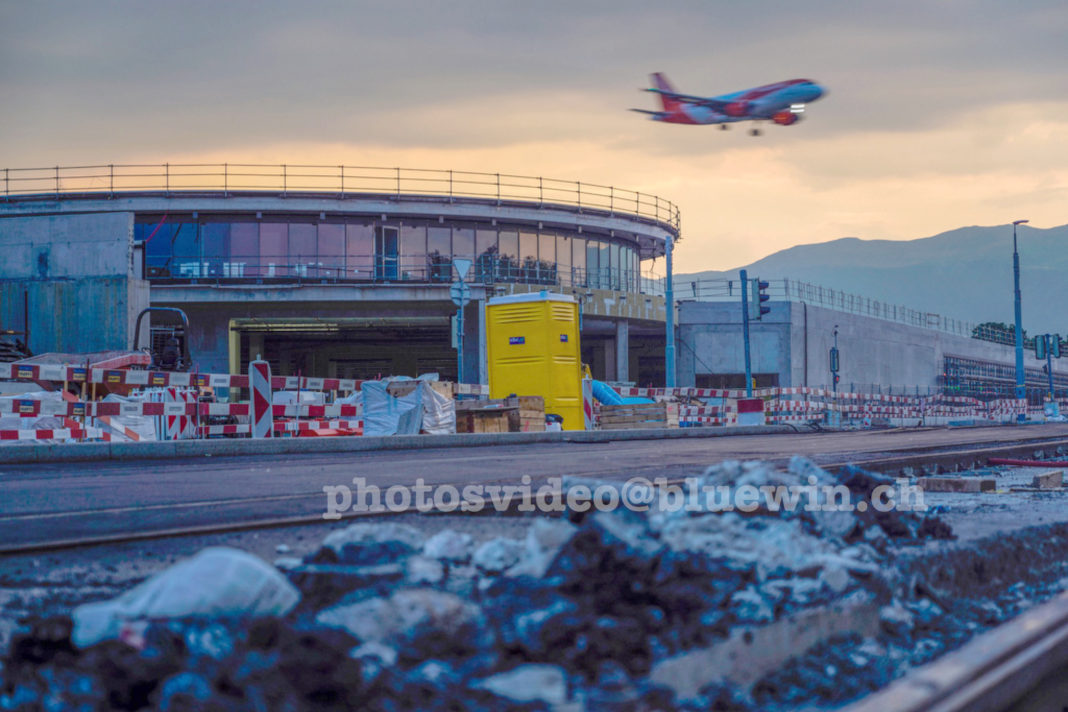 HUNDREDS of mourners have attended the funeral of tragic snowboarder Ellie Soutter in the French Alps today.

Under a magnificent blue sky, Ellie’s simple wooden coffin was carried up the 15 granite steps of the church in Les Gets to Handel’s Largo.

Her heartbroken parents Tony Soutter and Lorraine Denman, who separated when Ellie was a baby, walked together behind the coffin holding each other for support.

More than 400 people gathered at the 19th century Eglise de la Nativité de Marie for the hour-long service in the town where Ellie lived and was realising her dream of becoming a top class athlete on the international stage.

Her body was found last Wednesday in remote woodland in Les Gets.

Two snowboards, with photographs of Ellie imprinted on them, flanked the coffin.

The village priest Father Nicolas Owona welcomed mourners from around the world, including the US, Australia and the UK, and then introduced Ellie’s mother.

Lorraine, dressed in a pale pink blouse and black skirt, said: “No matter where the future takes us, I will always be there beside you.

“Loving you. Supporting you. Encouraging you.

“Our private bond meant you and I together could achieve anything. No one here will ever understand how close we were.

“No matter where the future takes us I will always be there for you.

“I love you and adore you Ellie but you must now rest and worry no more. We will look out for each other forever. I make you that promise.”

Her words were then read in French by Sonia Blanc, the mother of Ellie’s ex-boyfriend Oscar Mandin, a French Freeride World Qualifier skier.

Her dad Tony, who she lived with in Les Gets, spoke of his “best, friend, my rock”.

Glancing at his daughter’s coffin, on which there was a wreath of pale orange roses and a black and white framed photograph of Ellie taken at a relative’s wedding less than four weeks before her death, he told the congregation: “Ellie and I moved here together in 2009. She found it very tough at first, for the first six months. Missing her mum and finding the language difficult.

“I always had a vision of her being a skier but she had other ideas. One day she was spotted by Team GB. And from then on she astounded everyone. She became the most beautiful athlete.

“With her lovely personality she made friends easily. She was invited to parties.” He added, with a smile: “As an athlete, perhaps too many parties.

“She was my best friend, my rock. She was everything I have lived for, for the last 18 years. And they will remain the best years of my life.

“I will miss you desperately, ride high my angel.”

The service was conducted in French and English. 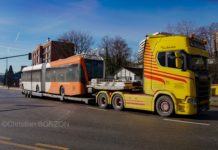 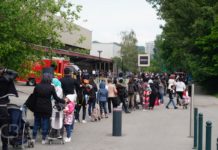 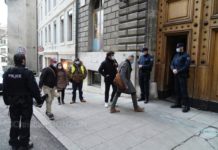